10 Traits of Most Successful Entrepreneurs

In February 2014, The New York Times reported that a number of start-ups are doing good business in the US and are worth more than USD 1 billion. Pinterest, SurveyMonkey, and Spotify are some of the better-known companies to enter this big league, which could possibly have more than 40 high-technology start-ups in its elite membership.

Clearly, the time is ripe for a small start-up idea to taste incredible success. Much of the credit goes to the intrepid founders who dared to think and do something different.

People start a business and become entrepreneurs due to various factors, like personal satisfaction, financial benefit, independence, and self-fulfillment. An inspiration, a deep-held passion, or the desire to take on new challenges could drive the decision as well.

The reason for taking the plunge into entrepreneurship may vary, but many successful entrepreneurs share a few qualities that not only allow them to make hay when the sun shines but also keep their spirits up in dark times.
‍

Ten Such Traits or Distinct Characteristics are Explained Below

An article in an Indian newspaper about a four-year-old girl’s family finding it difficult to find blood donors to treat her Thalassemia piqued Karthik Naralasetty’s interest in 2011. How could it be difficult to find donors in a country like India with such a huge population? Not so long after, he came across a friend who found a donor for his father through a Facebook post. The idea for Social Blood, an easy and trustworthy network of blood donors on the web, was thus born in 2011.

Take another idea that dawned upon Derek Pacque in 2010, which was written about in Entrepreneur.com.

He lost his coat in a nightclub that did not have a coat check and decided to offer the service to the bar owners. His business, now called CoatChex, has grown phenomenally from an initial investment of USD 500, and he has since secured contracts for ESPN and Maxim Super Bowl parties in Indianapolis.

Two very different ideas, one common feature. Both Naralasetty and Pacque spotted an opportunity and decided to do something about it, versus letting somebody else think of it. Keeping a keen eye on the situation in the market also benefits entrepreneurs after their business is launched – for instance, for forging a possible partnership, moving into a new product line, or using new technology to improve their offering. Parque, for example, had a major breakthrough when his company offered a digital app to check coats through photographs and QR codes.

2. Thinking Out of the Box:

Out-of-the-box thinking occurs when people encounter an issue and discover a solution to solve it that has not been considered before. When Drew Houston found himself without a USB memory stick on a bus to New York which prevented him from working on his coding on his laptop, he came up with the idea of building a technology that synchronized files over the Internet. Dropbox was founded in 2007 and today the free file-sharing service is used by more than 200 million people across the world.

Thinking tangentially or out of the box like this, is something entrepreneurs have to do all the time, because they may not have the resources for the oft-used solution that large companies use.

The entrepreneur may be the driving force of the business, but success can only be achieved if he has the right people around him who will help him to get there. Thus, entrepreneurs have to be motivational leaders, with the ability to rally the employees, no matter the team size and make them believe that they are an integral part of the organization.

Inc.com suggests some ways to achieve this: getting everyone together for occasions like team lunches; celebrating small victories, such as a round of applause for milestones achieved; maintaining transparency in actions so employees continue to trust you, and getting them to toughen up for any risk-laden scenarios. Small steps like these could help keep a high level of enthusiasm coursing through the start-up.

4. Not Afraid of Taking Risks:

One of the most well-known risk-takers in the world, Richard Branson, founder of the Virgin Group, whose next mission is to get people to see outer space on Virgin Galactic, believes that few first ventures pan out well. How an entrepreneur deals with failure sets him or her apart.

All kinds of risks need to be embraced in the course of starting a business and scaling it up. Rather than get unnerved by them, entrepreneurs have to steel themselves for the long haul and try to plan ahead on how to manage those risks.

Huffington Post throws light on some solutions that worked for a few start-ups: voicing red flags, hiring a tax advisor, minding the cash flow, having good contracts, creating an LLC, getting Lean, and insisting on down payments.

Having belief in oneself and the offering of the company is essential for entrepreneurs to attain their objectives. Powered by positive thinking, this confidence has to communicate itself to the employees of the company, partners, investors, and external parties.

In a survey conducted by LegalZoom and Kauffman Foundation on start-up confidence in the US in January 2014 (Q4), out of 1,375 respondents, 91% were confident or very confident that their business will be profitable in the next 12 months. The report also showed a 5% increase in the confidence of entrepreneurs compared to the 2013 Q3 survey.

Mindfulness is a state of being conscious of one’s every action and word. According to Faisal Hoque, a serial entrepreneur and co-author of the book ‘Everything Connects: How to Transform and Lead in the Age of Creativity, Innovation, and Sustainability, being mindful is a conversation with our deepest selves. The philosophy also embraces not accepting the wisdom of others without questioning it. Mindfulness can help entrepreneurs to take better decisions even in stressful scenarios, adapt to changing circumstances, and develop great focus and concentration to bring better business results. By understanding the purpose of their actions, employees can execute them more effectively.

Contrary to the notion that start-ups thrive in chaos, Donald Kuratko, author of ‘Entrepreneurship: Theory, Process, and Practice says entrepreneurs are usually well-organized individuals. Since they are involved in all facets of the venture, they meticulously list their priorities, either on paper or on their electronic devices, making them as elaborate or non-elaborate as required, and then follow them through.

In his famous commencement address at Stanford University in 2005, the late Steve Jobs, founder, and CEO of Apple said the iconic words, “Stay hungry. Stay foolish.” In that same speech, he spoke about how a calligraphy class he took out of curiosity, after dropping out of college, later inspired the typography that went into the first Macintosh computer.

By being curious and keeping on learning, not just about the marketplace, but also in unrelated fields and subjects, successful entrepreneurs expand their knowledge all the time. They are always on the lookout for ideas (which may not be in the obvious places), that can improve their business.

The most successful people work smart and exceptionally hard. The normal wake-up time of founder-CEOs is believed to be 6.15 am, with many rising before 5 am. Some even take no issue with carrying work home if required.

In an article on BBC.com Phil Libin, the chief executive officer of Evernote, makers of the note-writing mobile phone app and website, says that becoming a successful entrepreneur is amazingly difficult, brutal work, and one will never work harder. Similarly, Aaron Levie, co-founder, and chief executive officer of Box, a global cloud storage business, reveals that with the business being the only point of focus for the foreseeable future, incredible levels of commitment, determination, and hard work are required over a long period of time. Only deeply enjoying what one is doing makes it worthwhile.

Passionate entrepreneurs enjoy what they do and are able to take challenges and risks in their stride. Steve Blank, the author of ‘The Startup Owner’s Manual’, believes that entrepreneurs or founders are insanely driven to take their vision to fruition. They display perseverance, tenacity, and resilience to make things happen and to be able to create on a blank canvas.

In conclusion, it is evident that the road to a successful business is rarely a smooth one. Yet the benefits, as the founders see it, are many: the pursuit of a dream, the delivery of a product or a service that there is a genuine need for, and create job opportunities for other people who believe in the vision of the company. By harnessing and building on all their innate strengths, entrepreneurs can drive their business to prosperity and, possibly, billion-dollar valuations as well. 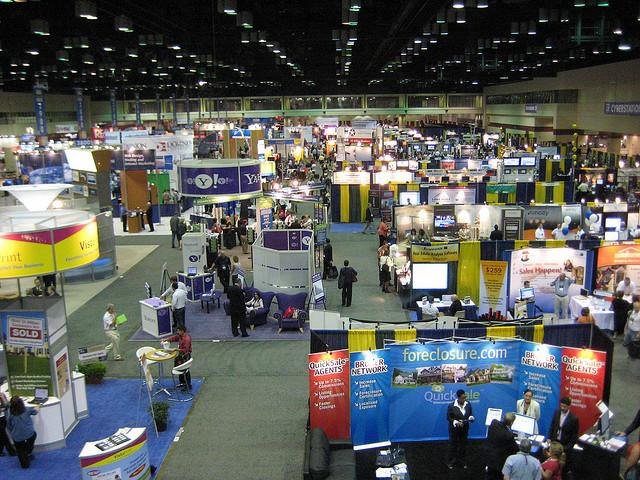 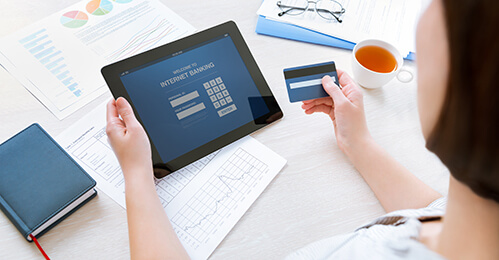 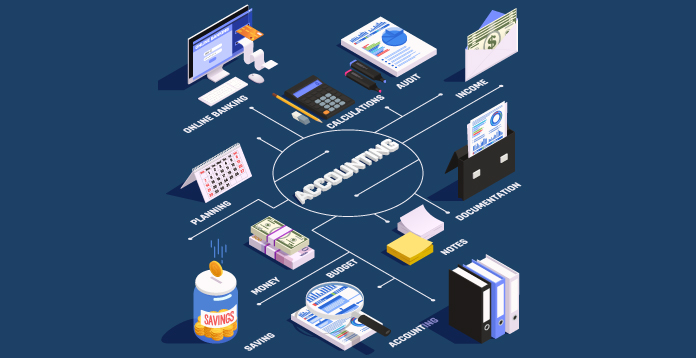 What Are the Major Functions of Accounting?
Business 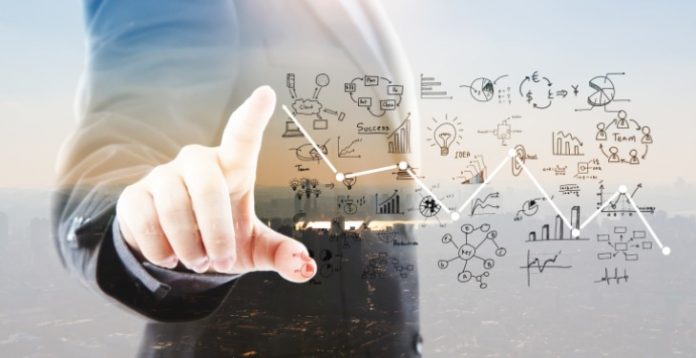 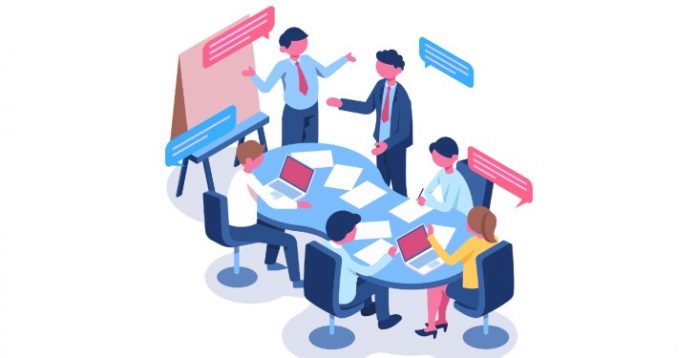 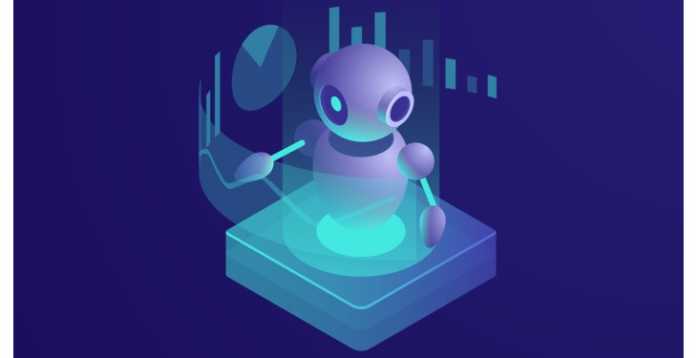